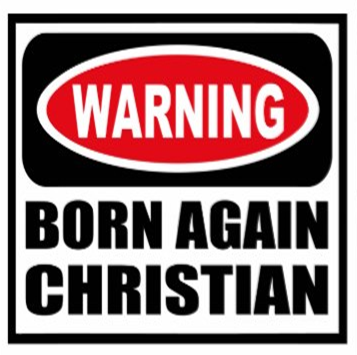 Jesus, as I've said before, was a bold and revolutionary Messiah, who challenged cultural and religious norms for the sake of promoting God's gospel of his iminently-coming kingdom. This was both a burden and a blessing, as it attracted terrorists and people looking for a violent end to Roman occupation, but it also discouraged hypocrites and religionists from getting involved, as well as attracting people with true zeal and a thirst for righteousness. The general public for the most part discouraged being in any proximity to Jesus, and interacting with them was a sign of heretical ideas and/or demonic possession. This created a divide between people interested in Jesus and people who followed him, with the former feeling alienated from the sense of belonging that came from being apart of the latter.

One such person was a man named Nicodemus, who was a member of the Sanhedrin, and by default one of the most prominent leaders when it came to the religious lives of the Jews. However, even he came to realize that there was more to Jesus than what he was told by his colleagues. He even called Jesus "Rabbi" (John 3:2), which in Hebrew means 'teacher;' Nicodemus was too afraid to sell everything and follow Jesus, so he decided to summon Jesus for a visit in the night at his house. He understood the authority Jesus' teachings had over the religiosity of his culture. So, when his old world came crashing down as Jesus' new one was beginning to take his place, Nicodemus (and many others, presumably) were caught between the worlds, desperately trying to cling to both. This is why he said, 'Rabbi, we know you are a teacher from God, for no one can do these things unless God is with him.'

You see, Nicodemus was used to religious authorities being susceptible to flattery (how else would he have been so respectable among the Sanhedrin?), so he said this, with the intent of Jesus imparting to him special teaching that he presumed he had taught his disciples. But Jesus, knowing just what Nicodemus was thinking said something the likes of, 'you'll never hear what my disciples have heard unless you're born again.' Jesus also know where Nicodemus was on his spiritual journey: caught between two worlds of dark and light, day and night, hell beneath us and heaven on earth. This is the 'lukewarm' position that Jesus especially warned about (Revelation 3:15), yet so many people in this world are in it.

But Jesus' statement doesn't end there. Nicodemus, obviously confused, asks how it is possible to be born when he is already old, like he is. Jesus goes on to say that unless you are born 'of water and the Spirit' you cannot enter the kingdom of God. Taken out of context, this verse can be made to support theologies that place baptism as a sacrament. But Jesus said no such thing. The 'water' he's referring two likely refers to a type of ritual cleansing, common to the Jews, especially to converts. But Jesus wasn't condoning the utilization of Old Covenant ritual cleansing, either. He used this term as a way to further illustrate his point that in order to enter the kingdom, you must be born again.

This concept of rebirth was referred to in the Old Testament as a time when God would 'circumcise hearts' (Deuteronomy 30:6), when he would turn Israel's hearts of stone into hearts of flesh (Ezekiel 36:26-27), and when all of Israel's sins would in time be forgiven (Jeremiah 31:34). Sadly, the Jews never interpreted these prophecies correctly; they still held to the practice of circumcision as the one of the main identifiers as a child of Israel, rather than faith in God, they still kept dogmatic approaches to revolutionary ideas, and held deep grudges against one another. They never even considered whether or not they were wrong, even when the Son of Man walked among them and taught in their synagogues and healed in their streets.

Rebirth only happens when you are fully immersed (baptized) in the Holy Spirit, and with the purifying water and refining fire of God's love and mercy. However, this process would not be popular at all, and very few would make it all the way through without stopping. Jesus compared such an undertaking as building a tower, or going to war (Luke 14:28-33), saying that unless we forsake all that we have, we cannot be his disciples. He knew that the world provided too many temptations, and knew that our family, friends, and even ourselves would eventually become snares that hold us back from salvation; he knew that few would find this way, and few will even take it, and he certainly knew that there was always the possibility that when he returned, no one would be left believng (Matthew 7:14, Luke 18:18).

Please, believe, obey, and be set free from the bonds of sin. There is no other way than to obey this gospel; all other ways lead only to destruction. Amen.

To return to the Index, click the Jesus icon below.