The Bible is Just a Book 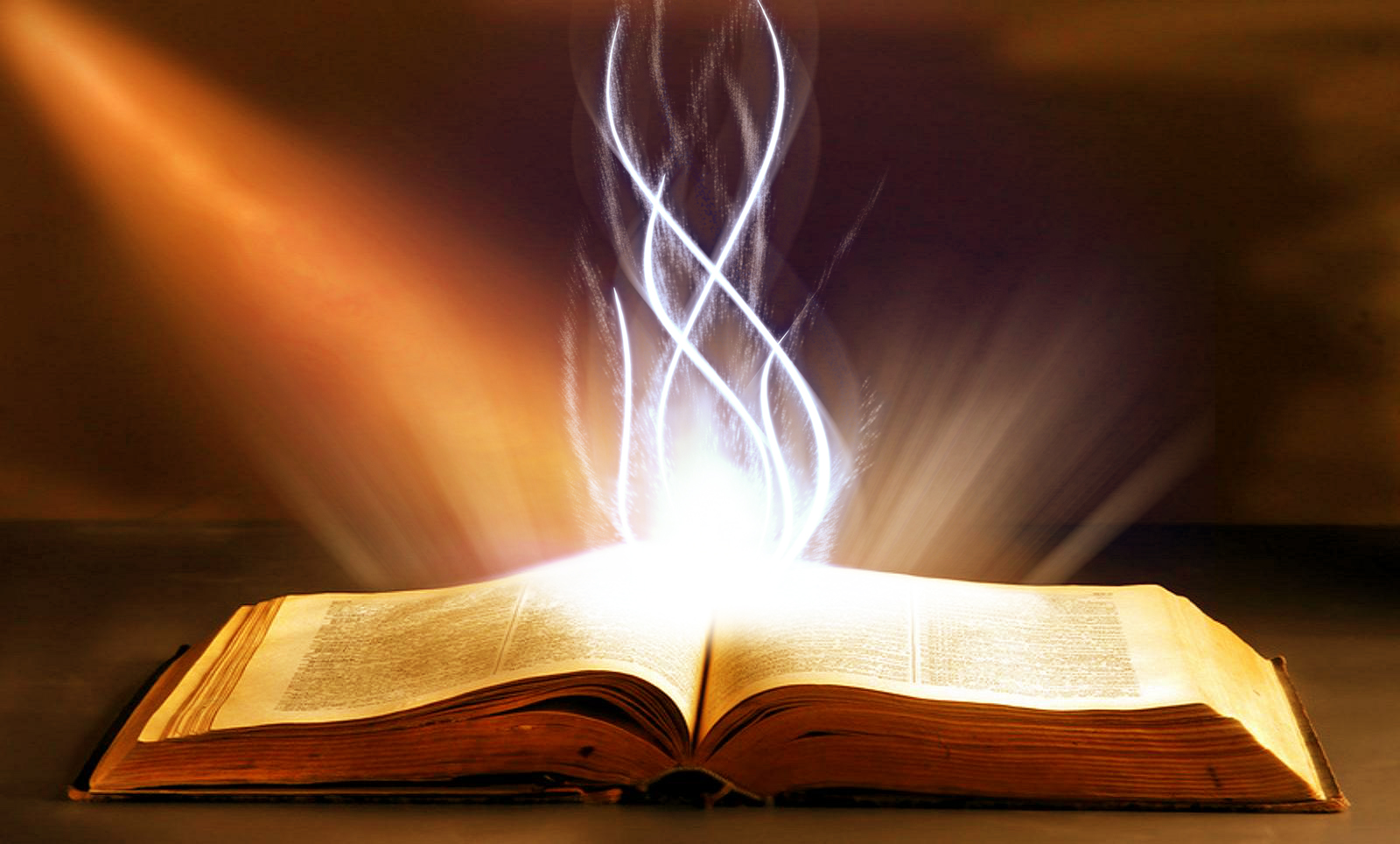 When you hear the phrase 'the Word of God' what do you think of? The Law and the Prophets? The Bible as a whole? What if I told you that the Word of God is neither or those things, but rather something entirely different. Let's have some scriptural background for what I'm getting at:

11 And I saw the heavens standing open and there was a white horse, whose rider is called Faithful and True; behold, he judges and wages war. 12 His eyes are as an intense fire, and on his brow he has a mighty name written that no one knows except he himself. 13 He is clothed with a vesture covered in blood: and his name is called the WORD OF GOD. 14 And the armies of heaven followed him upon white horses, clothed in fine linen, white and clean. 15 Out of his mouth comes a sharp sword, that with it he may strike down the nations: and he shall has rule over them with a scepter of iron; he treads upon the winepress of the wrath of the Almighty. ~ Revelation 19:11

The above quote has a lot of serious implications for the modern Church. First, it strengthens the claim by many early Christians that Jesus was not from earth, and no mere mortal. Secondly, it implies that there is a major aspect of Jesus as a person that even professing Christians have never been told—his name; it's my opinion that this doesn't imply no one will ever know this name (since it was revealed one verse later) but it implies that there are few people in the world who will ever know what it is. Of course, once we get to his name, there appears to be a sort of discrepancy between hundreds of years of Church thinking and this recently discovered truth. And it's not a translation issue, either. Nor is it a recent discovery after hundreds of years of diligent study of the Bible and reconsideration of many key doctrines. This verse was always there; it's just that no one bothered to open their Bibles and see it.

Despite this obviously non-Biblical doctrine's history and track record, there are many people in the world who don't understand the implications of such a statement as 'the Bible is the Word of God.' While it is unclear whether or not such a statement is a sin, since the doctrine is never mentioned in the Bible, it certainly does imply that the person who says it has a lack of understanding of true Christianity, as well as a lack of understanding of the nature of Jesus. How many times have you heard said in church, 'let's hear what the Word of God has to say about this' or 'now I as a called an ordained servant of the Word [of God usually follows, or is implied]?' To say such a thing takes away from the true inerrancy of Jesus and his teachings, as well as his authority and his power as the only Word of God.

How heretical would it be to read John 1:1 like this: "In the beginning was the Word BIBLE, and the Word BIBLE was with God, and the Word BIBLE was God?' It would not only kick Jesus off his well-deserved throne, but replace him with a BOOK of all things! And not only that, but to make that book equal to God, and to make that book one and the same and God, but to claim that that very same book was incarnate into flesh as a person, and in the end died for your sins! The Bible is not my Savior, nor is it the Word of God. Jesus is the only way to heaven, and the sooner the Bride of Christ wakes up and realizes this, the better.

I would encourage you to read the four Gospel accounts. God revealed his Law and will for the nation of Israel (though imperfectly) through the prophets of the Old Testament, and again God worked through these anonymous and flawed authors to accomplish his will through the evangelists. Only in these Gospels can you find the best preserved records of oral traditions that arose immediately after the Ascension. Daily reading helps you break down the Gospels into parts that are easy to digest and understand, and many online editions cross-reference the parallels between them. God bless.

To return to the index, click the Jesus icon below.