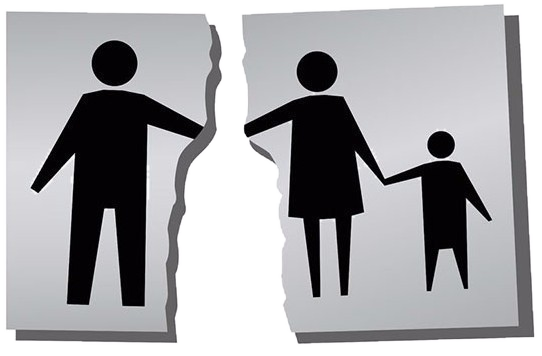 When I was thirteen, I had a hear-to-heart conversation with my dad. I cried, and he tried his best to console me. It was started by my confession I made that morning: I didn't want to be confirmed a Lutheran. It was just like my complaints with baptism, in that my 'Holy Baptism', as it was called, was done for my parents' and grandparents' approval and for the sake of tradition, rather than an action made by my own free will. Confirmation was, in essence, a way for the Church to summarize how 'into it' I was. My Lutheran school did it too, as its own part in the self-replicating virus known as Churchianity. I told my dad that I didn't feel like I was getting confirmed for my own benefit, and he said something the likes of this: 'I know that you don't want to do this, but you have to. Do it for mom and grandma, just to make them proud.'

Now, while I can't really just not get confirmed, and I don't imagine many thirteen-year-olds could, I do think that my dad was right when he said that I should do it for my mom and my grandma (devout Lutherans - Missouri Synod), since I am their kid, and my dad understood this more than my mom or grandma ever could. He was born a Methodist, married once a Catholic, and married another time a Lutheran. He said he was never a good joiner of things, because many groups placed people under either boxes too small or too big. Nonetheless, I started crying, because it was only a few months ago that I had become immersed in the truths of Jesus' teachings, and my dad still didn't understand; he was still a religionist.

When I was first starting to really get into Jesus, the 'forsake all' principle hit me like a freight train. I told my dad about it, and for some reason he never understood it. Up until that point, we both were in the same boat; I was a heretic, he was a heretic. Neither of us liked church, and neither of us enjoyed the 'fellowship and community' that the good ol' Family of Christ Lutheran Church had to offer. I for a time seemed to have my whole life planned out: I would grow up, become a pastor for the Synod for a short time, leave, start my own denomination, and spread it throughout the world.

If you know anything about Jesus or what he taught, you'd know that such a plan would be pointless, as it only made the sole problem of my life bigger and more complicated. And, over time, my beliefs changed. I went from a very liberal Eruditarian (made-up new denomination, derived from erudite), to a centrist Speratan (derived from Latin sperata, meaning 'bride' or 'betrothed') to the future founder of the International Apostolic Communion. It was simply ridiculous how fast I was changing my beliefs, yet it was so tempting to be the 'one man who can explain to you the things that have been hidden in heaven until this time.'

I find it funny that for all my heresy and blatant disregard for the truths of what Jesus said, my dad still, for some reason, never thought I was wrong. I even planned on publishing a collection of pseudepigraphical, apocryphal, and heretical books called the Meleti (Greek for 'study') when I grew up, for crying out loud! Yet the moment I even dared to propose the mere possibility that Jesus was against working for money, he threw his reasonability out the window. A few times he called the group I talked about a 'cult', which in itself has been applied to nearly every non-conformative religious organization that ever existed.

My dad never understood why I acted so strange religiously for my teenage years, try as I might to explain to him what Jesus really taught and said. I said once, with tear-filled eyes 'why do people keep what Jesus said in their Bibles, why do they always say that they love him and believe what he said, and they never do what he said?'. My dad really didn't have an answer for that. All he said was, 'God loves you, I love you, and you don't need to worry about everybody else. There's going to be more people in heaven than we think.' Oh, how wrong he was! My dad had become deceived by the 'love yourself' gospels of Rick Warren, Joel Osteen, and other televangelist tycoons masqueradeing as Christians.

I still kept crying, because I understood the inevitability of leaving my mom and dad and never coming back. I cried because I would miss my sister's wedding, my brother's wedding, my nephews growing up, my mom's retirement, everything. I would never get to see any of that, and all becausee I loved Jesus more than any of them. I was, at least to them (had I told them) going to waste my life away with no house, family, clean clothes, known food source, or anything, all because I had joined a cult. Maybe that's the real Cost of discipleship; Jesus doesn't want just anyone in his army of Israelites. You're either in, or out. Sadly, my family was definitely 'out.'

About a month or so later, I talked to my dad again. I told him that I doubted he'd be proud of me as an adult, to which he replied, 'Of course I'd be proud of you because I love you.' I responded by telling him that the choices I'd end up making and the path that God would take me on would definitely never make him proud. He kept saying that he loves me, so he'll always be proud of his son. I started crying again. He still didn't understand, because I didn't want to tell him.

Family is a tricky thing, and for me it feels like they never truly understand. Maybe they won't, maybe someday a brother or sister might. But the cost of discipleship often tells us that the inevitability would be that they reject you. But they're not just rejecting you; they're rejecting Jesus, and by rejecting Jesus, they reject God (John 3:19-21). I know it's hard to leave, because I'll eventually have to do it, and God knows how hard that'll be. But if we don't have the guts to leave our religionist family to follow Jesus, what makes us so sure that we'll have the guts to claim true Christianity during the Tribulation?

I've often said that people's initial reaction to Jesus generally shows their true colors. If your family is hostile towards the gospel, they're hostile towards God and his mercy. When Jesus gave us the parables, he wasn't just sitting there imparting some special clues about God that anyone can understand; he was purposefully hiding the truth, so that religionists like your family won't get it (Matthew 13:11-16). I know that such a statement would usually get me in trouble, but it's true.

The Parable of the Sower, found in Matthew 13:3-9, refers to Jesus throwing us, his Seeds, out into a field. Some of the seeds are snatched up immediately by a bird, or Satan; some seeds grow on rocky soil, showing immediate enthusiasm towards Jesus, but dying away quickly; some seeds grow up in near thornbushes and weeds, where there are many distractions, resulting in eventual spiritual strangulation; yet some seeds grow on rich soil, where they take fruit and grow enough to feed a whole country. This parable tells us that Satan is waging war constantly against Jesus. He will even use the ones you love to turn you against God and against th Son of Man.

Truly, truly, he who has ears, let him hear. Amen.

To return to the Index, click the sower below. 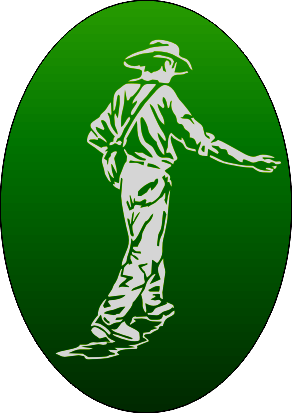